On 31 December 2020, the Brexit transition period will officially end which means that from 1 January 2021 changes to the current arrangements in place may occur. During the transitional period, the UK has remained a member of the European Economic Area (EEA), the single market, and the customs union. EU laws have continued to apply to the UK, and the UK has continued to pay into the EU budget. However, the UK is not being represented in the decision-making bodies of the EU.

With agreements still being debated and finalised, there is confusion and uncertainty over the exact impact the end of this transition period will have on industries. In light of this, the MHRA, NIBSC and the UK Government have released a new series of guidance documents for the wider pharmaceutical industry. This guidance includes details on the following:

A key concern that has been prevalent since the beginning of Brexit has been the arrangements the UK currently have with countries in the EU/EEA and non-EEA countries, either through being a member of the EU or through Mutual Recognition Agreements, and how these relationships may change once the transition period is over. To give further clarification on this issue, the UK Government and MHRA have published a list of approved countries that will come into effect on 1 Jan 2021 and will be referenced in the Human Medicines Regulations 2012. The list will include the following sub-lists:

Importantly, these lists set out the countries from which the UK will accept certification by a Qualified Person (QP) and active substance manufacture from 1 Jan 2021. This positive announcement will ease concerns regarding the potential need for additional batch testing and QP certification.

Companies are encouraged to familiarise themselves with these lists to ensure impacts to supply chain are minimised and any potential risks mitigated to avoid disruption.

In line with Regulation 18A of the Human Medicines Regulations 2012, importation of human medicines into Great Britain under a UK wholesale dealer’s licence will continue to be permitted from the below countries highlighted in the list. This will require the UK wholesale dealer to confirm that each batch has undergone QP batch certification in a listed country. Furthermore, there may be a requirement for a Responsible Person (import), referred to as an RPi, to be involved in this process. This would be dependent on the licencing and category of the imported medicine, as well as location of export. For example, medicinal products sourced from Northern Ireland for wholesale purposes is permitted under the supervision of a Responsible Person (RP) and are out of scope of the guidance produced by the UK Government and MHRA.

Batch testing, also known as quality control testing, is a necessary component in the supply of medicinal products to patients. From 1 January 2021, the UK will continue to accept batch testing performed in an EU member state and EEA countries as highlighted in the below list, without the need for additional tests. In line with Paragraph 14(1)(b) in Schedule 7 of the Human Medicines Regulations 2012, pre-existing exemptions for additional batch testing on certain products imported from non-EEA countries will also apply, taking into consideration the product type specified in these exemptions. These are countries whereby the European Union already has Mutual Recognition Agreements in place.

The acceptance of active substances from countries not on an approved list will require the export country of the manufacturer to issue a written confirmation of GMP and regulatory oversight equivalent to the UK. This declaration must come from the competent authority within this country and is in accordance with the amended Regulation 45O in the Human Medicines Regulations 2012. The below list shows countries where this requirement need not be met.

“Brexit-proofing” is a term being used over and over as we approach the end of this transition period. Considerable uncertainty remains over what the withdrawal will look like and whether a “Hard Brexit” of “Soft Brexit” will be achieved. Orphan Drug Consulting can help you manage this process by critically assessing your operations and identify potential risks to supply.

*There will be the same restrictions on the acceptance of batch testing from non-EEA countries as were in place immediately before 1 January 2021. The following are not covered in these agreements:

DISCLAIMER:
The information presented within this blog is for illustration purposes only and is not to be considered as professional advice. Any information related to health contained within this article is not a substitute for appropriate medical advice from licensed healthcare professionals. Brexit is a dynamic issue that changes frequently, therefore the advice contained within this article may become obsolete should further guidance be published by the relevant competent/legislative authorities.

Dublin, Ireland, 01 November 2021 – Orphan Drug Consulting is delighted to welcome Sharon Cullen to its growing international consulting team where she takes up the role 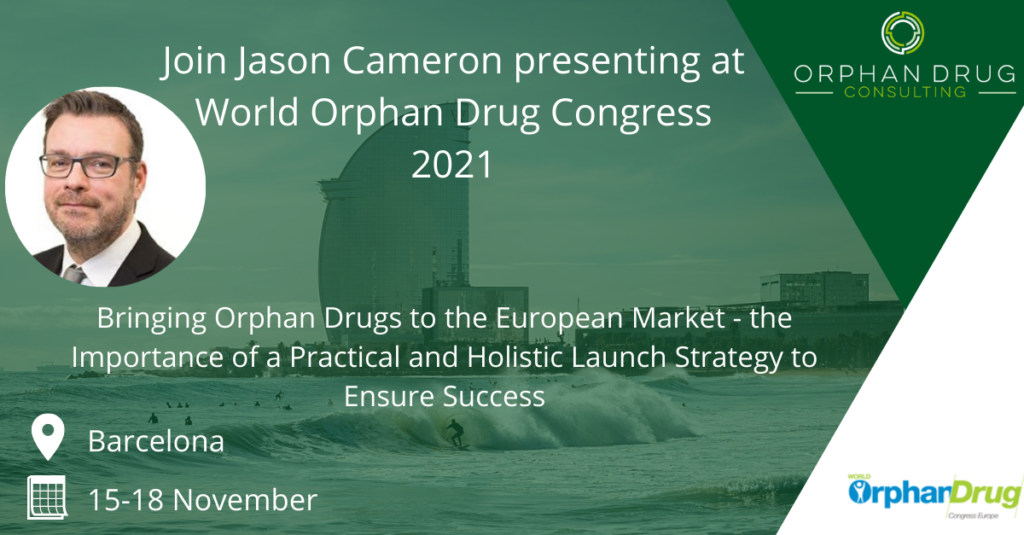 Website by Propeller Digital and BuyMedia
We use cookies to ensure that we give you the best experience on our website. If you continue to use this site we will assume that you are happy with it.Accept